The World Health Organization (WHO) estimates that approximately 350 million people worldwide suffer from depression. However, taking better control of your depression and significantly reducing related stress may be a cup of tea away.Herbalist Shoshanna (Pearl) Easling, owner of the Bulk Herb Store, is an avid believer in "depression tea," saying it has the ability to "help level out hormones which can cause depression and stress." The tea is her own healing combination of natural herbs, all of which work together to restore the body's balance. 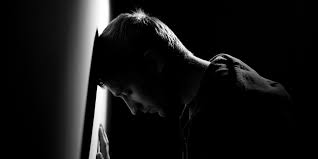 Depression tea: a closer look at its beneficial herbs

Ginkgo biloba: Easling calls ginkgo "the ultimate brain food" which can help restore mental clarity often lost with depression. It's associated with the ability to improve blood flow to tissues and organs as well as protect cells from free radicals (often the lowered immune system-depression-stress cycle makes the body more prone to the damaging effects of free radicals).Ginseng: Plays a role in diminishing depression symptoms by helping balance mood-regulating chemicals in the brain: serotonin and dopamine.St. John's Wort (Hypericum perforatum): Easling says St. John's Wort "is one of the number one herbs for depression and tension." She enjoys its ability to "take the edge off," help with relaxation and diminish tension. Studies have shown that St. John's Wort was more effective than a placebo in treating major depression.Rosehip: Rosehip, which is high in Vitamin C, plays a key role in building the body back up to optimal levels. In fact, there is a correlation between individuals deficient in vitamin C and depression. Milk thistle (Silybum marianum): Easling says that, when the liver is not properly filtering blood, the body becomes stressed. Milk thistle, which has been grown in monastery gardens since ancient times, is coveted for its healing powers.

- Gather herbs noted in this article, combine- Add 1 teaspoon of the mixture to one cup of water- Bring to a light boil- Let sit for 3.5 minutes